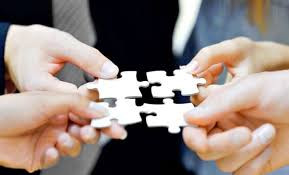 The Center for Radio Communication, Radio Broadcasting and Television (SUE CRRT) is a state unitary enterprise under the Ministry for the Development of Information Technologies and Communications of the Republic of Uzbekistan.
The main areas of activity are:

The open joint-stock commercial bank "Aloqabank" was established by the Resolution of the Cabinet of Ministers of the Republic of Uzbekistan dated October 12, 1994 for the purpose of economic growth and financial support of enterprises of the Uzbek Agency for Communications and Informatization, small businesses and private entrepreneurship.

Today the bank is:

Joint-stock company "Uzbektelecom" is the largest telecommunications operator, which covers the entire territory of the Republic of Uzbekistan with its network. Using its telecommunication network, built on the basis of modern technologies, the Company provides various IT services.

The company is also the largest provider of telecommunications services for government agencies and departments.